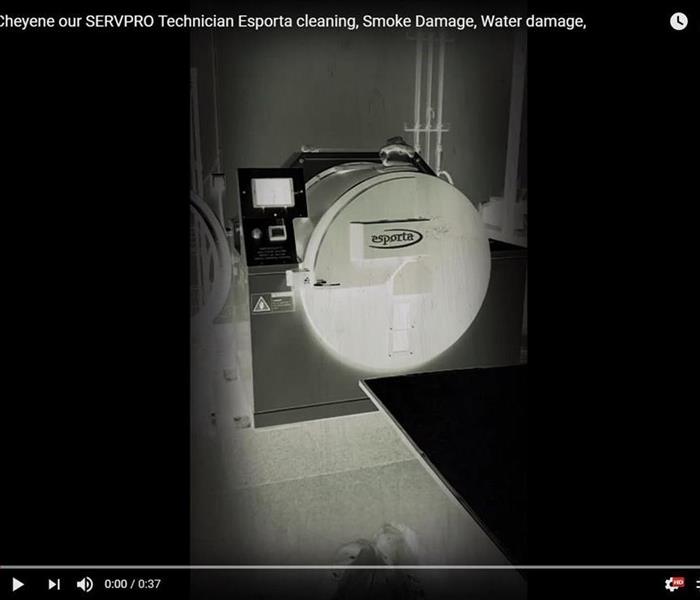 Hospital personnel know that hard, non-porous surfaces are fairly easy and inexpensive to clean. Soft, porous textiles, however, require more than a wipe down with liquid disinfectant. In most cases, even the most rigorous cleaning methods fall short, and that creates an expensive problem for medical facilities.

A constant concern for hospital executives is staying within budget while maintaining high standards of cleanliness to protect their patients. Failing to do so can also be a liability issue, so many hospitals exercise an abundance of caution.

You’d think most people would naturally assume that bacteria and viruses can be found on most hospital surfaces. It’s hard to imagine that it could be avoided. So, how could that even be the issue? Perhaps the real issue isn’t the mere presence of pathogens, but the level of contamination.

The medical community has searched for an acceptable solution. Professional dry cleaning was one option they tried, but the results were disappointing. That wouldn’t surprise most cleaning experts. After all, most professional launderers still use traditional washing machines, similar to the one you might use at home.

Those traditional, agitating machines are fine for typical household laundry; but when it comes to getting items clean enough for hospitals, there’s a glaring problem: Items washed in traditional machines spend the entire wash cycle immersed in increasingly dirty water until the rinse cycle replaces it. The items may appear clean when they emerge from the wash, but they’re often still contaminated beyond acceptable levels.

Fundamentally, washing in traditional machines isn’t much different from the way it was done over a 100 years ago when people cleaned clothes in river water on a wash board. Given today’s technology, there’s simply no excuse for that.

Until recently, the only option for concerned hospitals, besides traditional laundering, was periodic replacement of privacy curtains, and some hospitals were doing just that. However, this presented another problem when hospital administrators had to confront the cost of replacement. Depending on the size, replacement curtains can cost anywhere from $200 to $500 apiece. That really adds up for hospitals with hundreds of curtains.

Recently, however, some in the medical community found one more option, and it appears to be a perfect solution. A new wash system developed by the Esporta company is guaranteed to get textiles food-grade clean or better; a claim that is backed up by testing done with ATP meters, the same instruments used by health department inspectors.

Instead of agitation (which incidentally wears out fabrics sooner), this machine has compartments that hold the items stationary while the larger cylinder containing the compartments rotates them in and out of detergent-laden water. The water and proprietary detergents pass through the items repeatedly and forcefully. The machine then passes the items through fresh water, which rinses out the detergents. The key concept is the force with which the water and detergents are passed through the items.

A recent test that cleaning experts did for one hospital proved this technology’s effectiveness. Before being washed, curtains were tested with an ATP meter, which showed a contamination level over 400 RLU (relative light units). To give you some perspective, health department standards require surfaces to test at 30 RLU or below to qualify as food-grade clean. A reading of 11 RLU or better is considered medical grade clean.

After the tested curtains were washed using the Esporta system, the final test result was 0 RLU, no pathogens at all. According to one hospital source, the best result that old, traditional machines were able to achieve was in the 200 - 250 RLU range.

Also, the Esporta doesn’t only remove germs and odors. Fire departments that are concerned about toxic, chemical-filled soot are now having their firefighting gear decontaminated using this technology.

Textile cleaning technology gets more exciting every day. There isn’t much now that can’t be cleaned. Today’s advancements make it easy and effective, and it sure beats a wash board by the river.

Check out our YouTube Channel, for Esporta Cleaning videos: