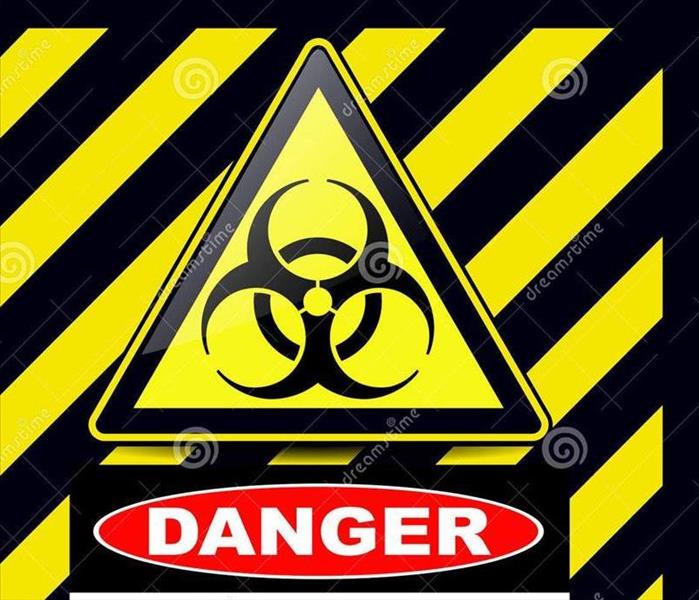 Crime scene cleanup is a term applied to cleanup of blood, bodily fluids, and other potentially infectious materials (OPIM). It is also referred to as biohazard remediation, because crime scenes are only a portion of the situations in which biohazard cleaning is needed. Such incidents may include accidents, suicides, homicides, and decomposition after unattended death. It could also include mass trauma, industrial accidents, infectious disease contamination, animal biohazards (e.g. feces or blood) or regulated waste transport, treatment, and disposal.

Television productions like CSI: Crime Scene Investigation have added to the popularity of the term "crime scene cleanup". Australia, Canada and England have added it to their professional cleaning terminology. As a profession, it is growing in popularity because of media exposure and the growth of training programs worldwide.The generic terms for "crime scene cleanup" include trauma cleaning, crime and trauma scene decontamination ("CTS Decon"), biohazard remediation, biohazard removal, blood cleanup and crime scene cleanup. The state of California refers to individuals who practice this profession as "Valid Trauma Scene Waste Management Practitioners".

Crime scene cleanup includes blood spills following an assault, homicide or suicide. There are many different sub-segments, named primarily after additional collateral, contingency, or preconditions, regarding the presence of non-blood borne organics, toxic irritants (e.g.,tear gas) or disease vectors. However, it is the legality of charging a fee for mitigating potentially harmful biohazard situations that differentiates a registered crime or trauma practitioner from any general restoration, carpet cleaning, janitorial or housekeeping service.

With concerns about Ebola contamination in the United States, crime scene cleanup companies like Cleaning Guys of Texas and Bio Recovery Corporation of New York have been contracted by government to clean more than just crime scenes.

Crime scene cleanup began primarily as a local or regional small business activity but maturity and consolidation has created some larger entities in the industry; only a few nationwide companies exist, although some national carpet cleaning and restoration companies franchises have added crime scene cleanup and biohazard removal to their services. Due to the legal and ethical complications crime scene cleanup is often its own business entity or a separate division.

While the field of crime scene cleanup is not specifically regulated as a class, most if not all of the activities performed by biohazard cleanup teams in the United States are regulated or fall under best practice guidelines from governing and advisory bodies such as OSHA, NIOSH, DOT, and EPA. Those who hire a crime scene cleanup company should make sure that they are properly trained in applicable federal and state regulations and can provide documentation of proper biohazardous waste disposal from licensed medical waste transportation and disposal companies. If in California or Florida the client should confirm that the company is registered with the state Department of Health. A few states such as California, New York and Florida are the only states that explicitly require registration or licensing for crime scene cleanup. Other states may require biohazardous waste transport permits from the DOT.

In the UK, biohazards are regulated in part by HSE.  Canada has published Canadian Biosafety Standards and Guidelines.

The first specialty trade organization for this field of cleaning was the American Bio-Recovery Association (ABRA). The largest association dedicated to the crime scene cleanup industry is the National Crime Scene Cleanup Association (NCSCA). Among other tasks, they organized cleanup procedures for Ebola decontamination in 2014. Clean Trust (aka IICRC) is a certifying body for the cleaning trade in general. International Sanitary Supply Association (ISSA) is a global standards body and trade organization of professional janitorial and cleaning professionals.

Crime scene cleanup as a profession has been featured sporadically in popular culture and the media. It first showed up in films when Quentin Tarantino produced Curdled, then after an eleven-year hiatus in the Samuel L. Jackson film Cleaner, and more recently when Amy Adams and Emily Blunt teamed up for Sunshine Cleaning. On television it has been featured in a smattering of documentaries aired on the National Geographic Channel and the Discovery Channel, as well as reality series such as Grim Sweepers.